Chip manufacturers (commonly known as fab) face a daunting challenge of keeping the “rejects” down.  While a blank wafer cost only a few hundred Dollars, a processed wafer increases its value to hundred thousand Dollars or more depending on the end product.  A single reject towards the end of the fab process thus cost a huge amount.  This problem is much aggravated when the actual reject number goes up, sometimes as high as 30%.  Therefore, controlling the reject number to the lowest is a high priority for the fab industry.  To this end, ARP has introduced a non-destructive sub-surface scanner with a resolution of 1 nm by deploying its CW terahertz technology. 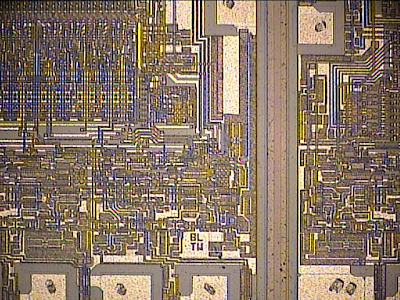 Fig. 1. Intricate patterns on a wafer undergoing fab process.
In the inspection stage, a wafer is rejected when the accumulated number of defects on a wafer exceeds the prescribed limit.  When the number of rejected wafers is over the specified number, the lot is rejected and the inspection stage informs the detection of process excursions.  Then the probable cause of excursions is investigated in the defect sourcing stage.  Therefore, the resolution and accuracy of the inspection system is of crucial importance.  However, the current state-of-the-art (SOTA), high cost and highest sensitivity inspection machine available at the market place fails to detect defects that are hidden below layers.  Consequently, even a wafer passes through the inspection, the final devices may fail because the inspection system was not able to detect the smaller and hidden defects.  For example a SOTA inspection system that cost on the order of a million Dollar, have the highest resolution of 0.15 µm (150 nm); thus will miss defects smaller than this size.  As the modern fab process is defining feature sizes down to 60 nm or less, the fab inspection technicians are facing with the challenge of detecting and identifying defects that are only a few nanometers in dia.  The TeraScan from ARP addresses this deficiency by introducing a resolution of 1 nm.

­Fig. 2. Position of terahertz is in between the microwave and infra-red (IR).

Another issue is detecting very small defects that are embedded in the sub-surface layers.  Modern fab processes involve layer-by-layer construction and defining devices on a wafer (the so called bottom-up process) where tens of layers are stacked one on top of the previous.  Common optical inspection system can see only on the surface and the resolution is limited.  Thus, defects buried under the top surface must be detected early in the process before it progresses towards completion.  This is not possible by instruments built around visible light or IR which is offered by the current SOTA.
Terahertz portion of the electromagnetic spectrum (Fig. 1) provides some unique features that are not available from other sources.  Terahertz can penetrate most materials except metals; thus, it provides the opportunity to inspect not only the surface but also the sub-surface interior layers of a multi-layered substrate.  Unlike X-ray, terahertz is non-ionizing; therefore, it does not perturb or damage delicate features which in some cases are only a few nanometers.  Yet, because of its very high sensitivity, terahertz can detect defects of nanometer size.  These combination of terahertz properties and a smart positioning system incorporated in ARP’s terahertz inspection, provides unique opportunity to successfully inspect wafers at early stage of defect formation as well as after-process device failure analysis.  Once the fab technicians are able to identify the cause of defect formation, appropriate measure may be taken to prevent its reoccurrences.  ARP’s terahertz scanner is designed to help exactly this situation.  Sample data are shown below.  Fig. 3 shows that the scanning resolution is 1 nm and difference between adjacent layers are detectable.  Fig. 4 shows the reconstructed surface texture generated from a series of surface scan.  Any defects such as, inclusions, cracks, non-uniformity, or very small particulate material can be clearly detected and identified by this technique.

Posted by TeraSpectra_PA_US at 1:45 PM 2 comments: